SWF Rotary were pleased to have our local gold medal winner Jonathan Coggan to  talk to us  about  the trials & tribulations of gaining Gold as a Paralympian.

The medal was passed around for all present to be able to experience the magic of handling a gold medal. 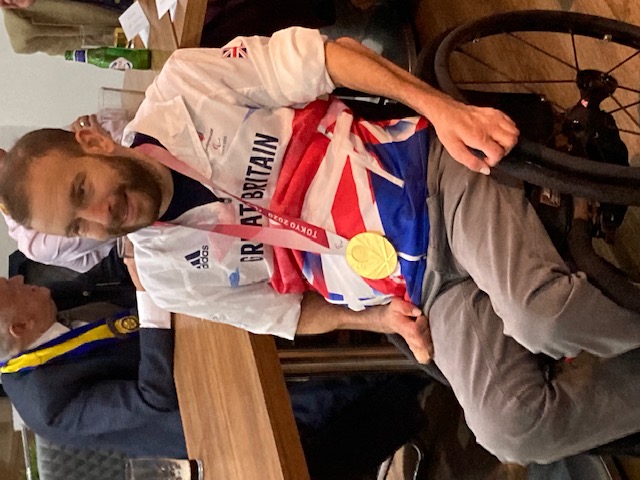 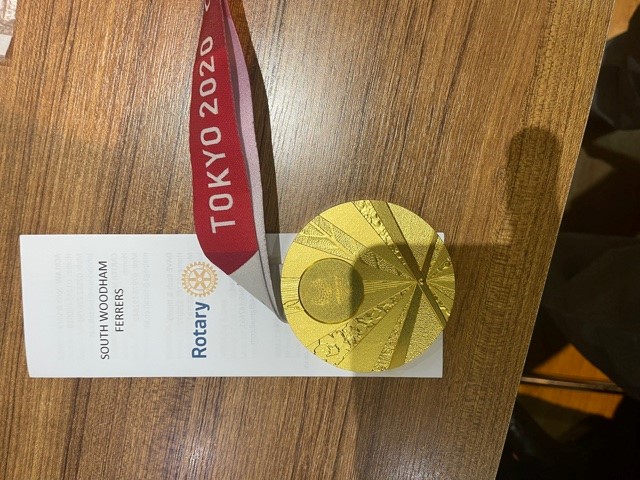 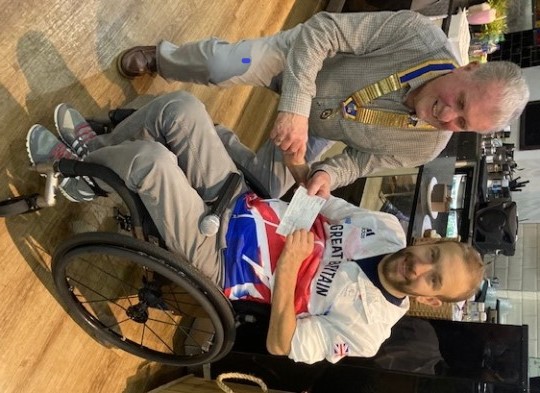 Jonathan supports the charity Regain which is a Trust for Sports Tetraplegics.

Club President Mick Fry presented a cheque for Regain, his charity, towards the valuable work they do.

Jonathan was a keen footballer he watched the Sydney Olympics from his hospital bed. He spent a great deal of time in hospital and whilst he was in Stoke Mandeville Spinal unit,  he was introduced to a wide range of Paralympic sports but focussed his attention on Wheelchair Rugby which he started playing in 2001

It was about this time that Rotary became involved with Jonathan by providing his first Rugby Wheelchair.

He has competed in several Paralympic Games, but Tokyo  was the game of games for Jonathan & his team  who won Gold.

Jonathan has become a role model  to many of his teammates all our members  present agreed that his presentation was inspirational.