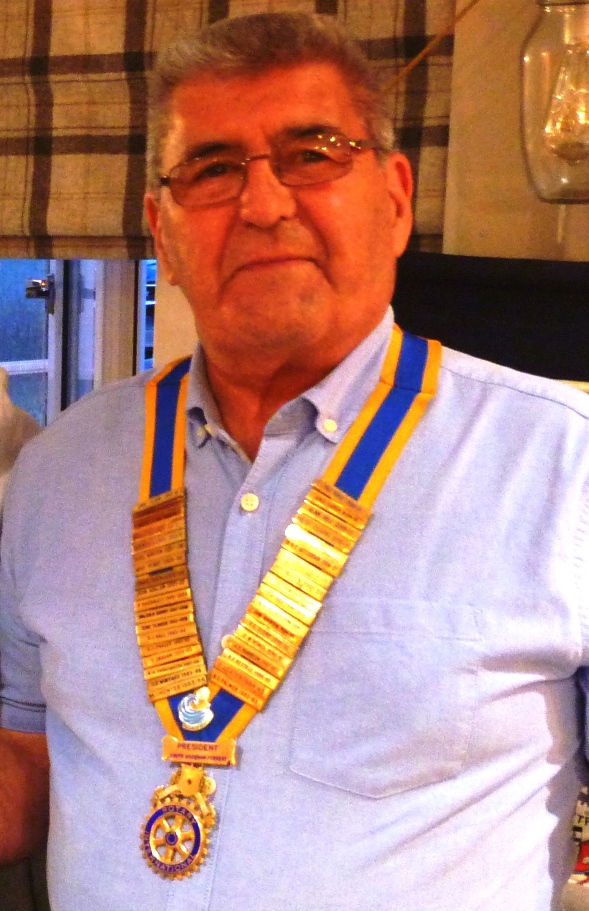 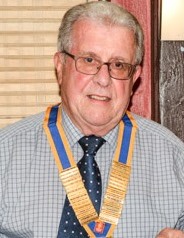 It was all change at the clubs Hand-Over meeting this week where the outgoing President Eric Johnson (left) handed over the Presidents’ Jewel to incoming President Mick Fry(right) via a Zoom meeting.

Eric had felt some sadness that his year had been interrupted with the coronavirus which had restricted the club activities although he was pleased that he had ensured that the club gave great support to a number of carers in the community. This had entailed contributions to some of the hospices that had taken on some of the frontline activities of nursing some of the unfortunate victims of the virus to allow purchase of extra PPE for the staff protection.

He said that he was pleased also to have been able to support the Food bank in the town financially towards the supply of food as well as we supplied activity packs for children of families in need.

Despite difficulties experienced by all the club again had a very successful year under Eric’s leadership.

President Mick thanked the club for their support in appointing him for the coming year.

He invested his officers for his year with their respective jewels.

Mick looks forward to being the President; he announced that a year of fun and fellowship as well as Community Service is his intention.

He thanked Eric for his service to the club & Community despite the difficulties.