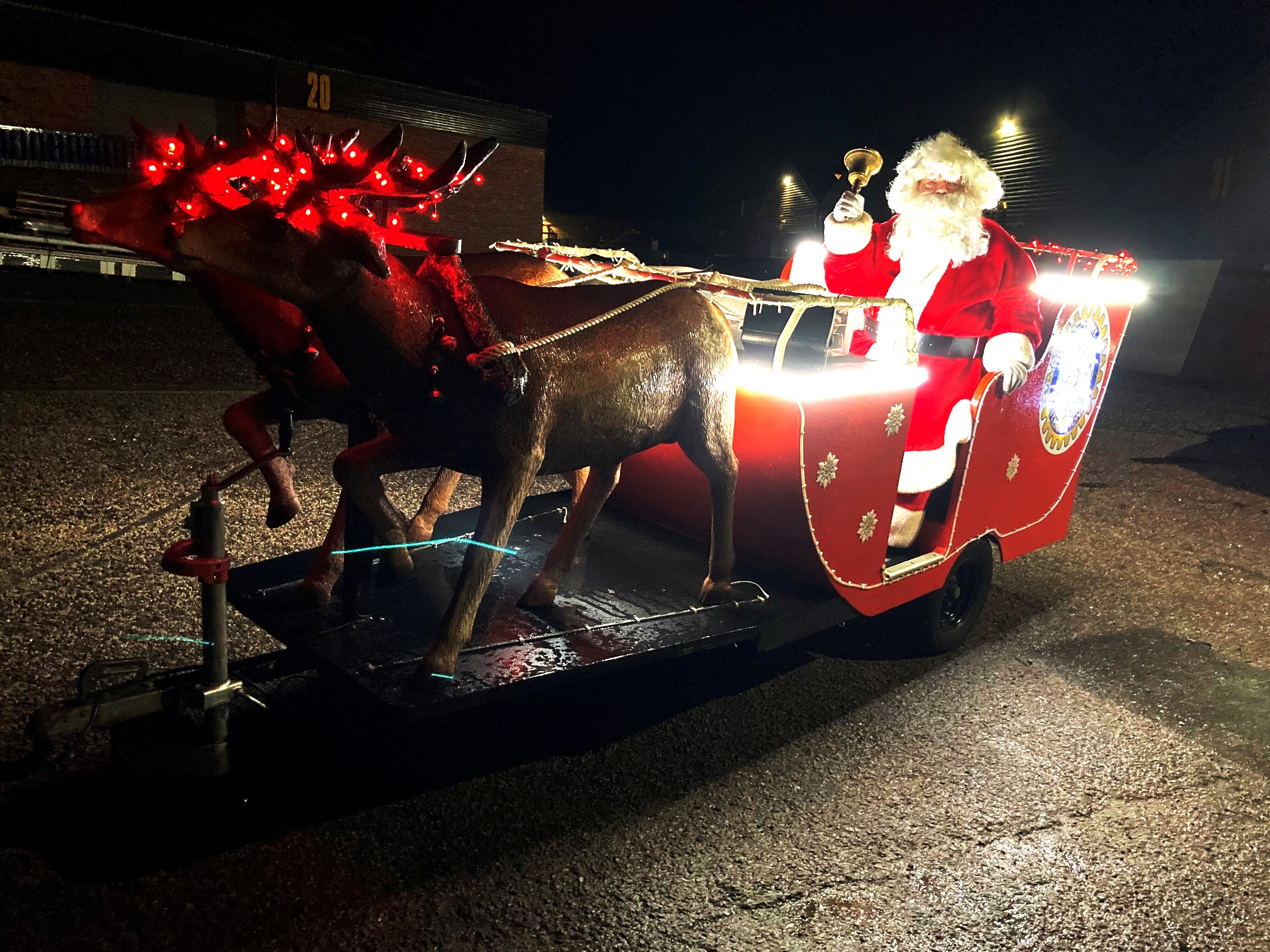 The Rotary Club were overwhelmed by the reception the members received when the Sleigh travelled around the town on the one night that they were able to do this year.

Despite the miserable weather the sight of many smiling faces and waves of children & adults along the route made Father Christmas a happy man.

Many positive comments were made via the social media such as below.

To the children Santa said that despite the difficulties this year he has special permission to do his rounds as always on Christmas Eve.